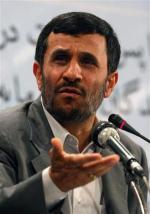 In the wake of Iranian President Ahmadinejad’s recent NYC visit and the passage of the ominous Kyl-Lieberman amendment last Wednesday, the drumbeats for a US attack on Iran are growing louder once again. I’ve shared my own thoughts on this issue in previous posts – it’s important to note that contrary to popular opinion, the Jewish community does not march in lockstep on the question of Iran.

In case Bush does decide to attack Iran, it is questionable whether Iran’s large, well-dispersed and well-camouflaged nuclear program can really be knocked out. This is all the more doubtful because, in contrast to the Israeli attacks on Iraq back in 1981 and on Syria three weeks ago, the element of surprise will be lacking. And even if it can be done, whether doing so will serve a useful purpose is also questionable.

Since 1945 hardly one year has gone by in which some voices — mainly American ones concerned about preserving Washington’s monopoly over nuclear weapons to the greatest extent possible — did not decry the terrible consequences that would follow if additional countries went nuclear. So far, not one of those warnings has come true. To the contrary: in every place where nuclear weapons were introduced, large-scale wars between their owners have disappeared.

General John Abizaid, the former commander of United States Central Command, is only the latest in a long list of experts to argue that the world can live with a nuclear Iran. Their views deserve to be carefully considered, lest Ahmadinejad’s fear-driven posturing cause anybody to do something stupid.

For a more extensive analysis I highly recommend this worthwhile post from Mitchell Plitnick’s blog, “The Third Way.” Among other things, he offers much needed perspective on Ahmadinejad’s larger role in Iran and the Muslim world:

But more important than this is the simple fact that Ahmadinejad is simply irrelevant to the dealings with Israel. He does not make foreign policy, and he has no control over the military, other than a scant few forces that are at his command for use domestically. Ahmadinejad’s efforts to rally support are becoming increasingly desperate as well, as his popularity in the rest of the Muslim world (where it’s not exactly flying high either) is a lot higher than it is in Iran. His presidential term has been marked by scandal and inefficiency. The Iranian economy is on a downward skid and Ahmadinejad is being blamed.

Ahmadinejad is simply not a factor in Iran’s military plans. He is being used to frighten people. The people Ahmadinejad is a threat to are Iranians. He is completely unable to threaten Israel, much less the US. His involvement in the nuclear issue is entirely confined to energy; the decisions about weapons, both their manufacture and their use, are not his to make, or, at this point, even to influence. While the president is a foreign emissary and representative, he does not make foreign policy decisions; the Supreme Leader does that and, while the post of president is expected to be involved in such processes, Ahmadinejad’s fall from favor with Ayatollah Ali Khameini has marginalized him. The chances of his surviving the next election are extremely slim.

By the way, if you are curious about how your Senator voted on the Kyl-Lieberman amendment, click this link from “Just Foreign Policy.” To add your voice to a petition opposing US military action against Iran, click here.