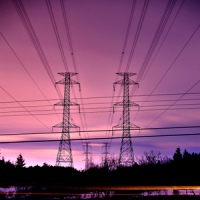 Here’s an important Action Alert from the Jewish Council on Public Affairs:

Last Thursday, the U.S. House of Representatives voted 235-181 to approve an energy bill that made significant strides toward reducing energy consumption while also strengthening our national economy. The House bill represented a carefully wrought compromise between the House and Senate to merge two bills into a single, comprehensive energy package. Unfortunately, the House’s accomplishment was met with immediate resistance in the Senate. In fact, the Senate voted last Friday against limiting debate, effectively barring passage of the bill.

The Senate’s vote means that the bill is now open to review and key components of the legislation will likely be removed if constituents do not speak up. In particular, some Senators are seeking to remove the Renewable Electricity Standard (RES) and to restore tax breaks for oil companies. The Senate is currently negotiating revisions to the bill, which would address these measures.The RES is an integral component of a comprehensive energy bill as it reduces U.S. dependence on foreign oil and lowers greenhouse gas emissions. The House bill currently includes a 15% renewable electricity mandate. This provision would prevent an average of 100 million metric tons of greenhouse gasses from entering the atmosphere annually by 2020 in addition to saving American families roughly $15 billion in cumulative consumer savings by 2020. If the bill is changed, it will be returned to the House for another vote – delaying, yet again, our adoption of a comprehensive energy plan.

The Jewish community has long advocated for energy policies that reduce our dependence on foreign oil, sustain our fragile environment and build a robust national economy. These goals are particularly meaningful during the festival of Chanukah, when we celebrate the miracle of one day’s oil that met 8 days’ needs. Help extend the miracle by urging your Senators to vote for an Energy Bill that includes the strongest elements of the House energy bill, including strong fuel economy standards, renewable fuel and renewable energy standards, and the U.S. Israel Energy Cooperation Act. Please visit here for more information.

Encourage your members of Congress to vote YES on this landmark legislation and to make sure that it includes a renewable electricity mandate.

For further information, please contact Jennifer Kefer in JCPA’s Washington Office. She can be reached by telephone at (202) 212-6036 or by email at jennifer@coejl.org.