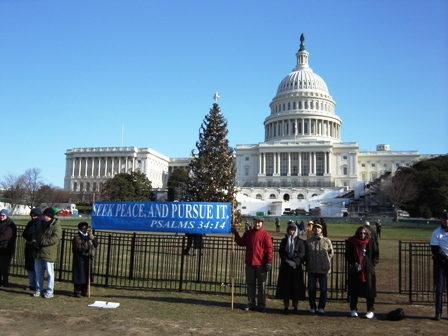 Reports of the formation of a leftist Israel lobbying group are growing, and all indications point toward a mid-April launch of the project. According to a recent article in the Jewish Forward:

In a mission statement distributed among supporters last month, the new political action committee and lobbying group vows to support “consistent and concerted” American diplomatic engagement to achieve peace based on a two-state solution. The statement also calls for reviving the stalled Israeli-Syrian peace track, supports diplomatic dialogue with Iran and opposes any alliances with the religious right “in the name of supporting Israel.” In order to achieve these goals, the group is initially aiming to raise $1.5 million for a fund to support politicians who subscribe to its agenda.

According to The New York Jewish Week, which also published an extensive feature about the informally dubbed “The J Street Project,” there has been a growing desire to create an alternative voice for the pro-Israel lobby on Capitol Hill:

The idea has less to do with creating “alternate” AIPACs, some say, than ending the view in the political world that the Jewish community speaks as one on controversial Mideast policy issues.