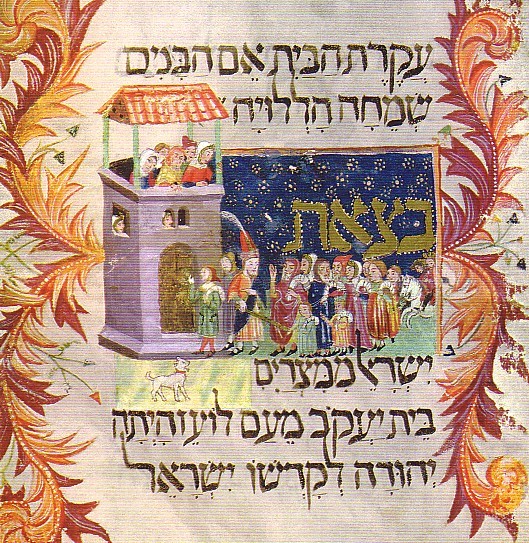 Here’s a great sign of our Passover times: the JTA reported today that an Arab teenager recently won an annual Pesach contest in Israel:

Malek Sharkiyeh, a Muslim ninth-grader from Acco, took the $300 prize this week in a competition by Israel’s ORT school system for Haggadah illustrations.

“The subject of the Haggadah exhilarated me,” Sharkiyeh told Ma’ariv on Thursday. “I like to draw, and that’s why it was natural for me to take part in a drawing contest.”

I think this story is yet another example of the universal power of the Exodus story – and how it has the real potential to bring peoples together in common purpose. In this instance, I’m particularly reminded of the Sarejevo Haggadah – the venerable medieval illustrated text that has captured the imagination of Jews, Muslims and Christians alike for centuries (see above).