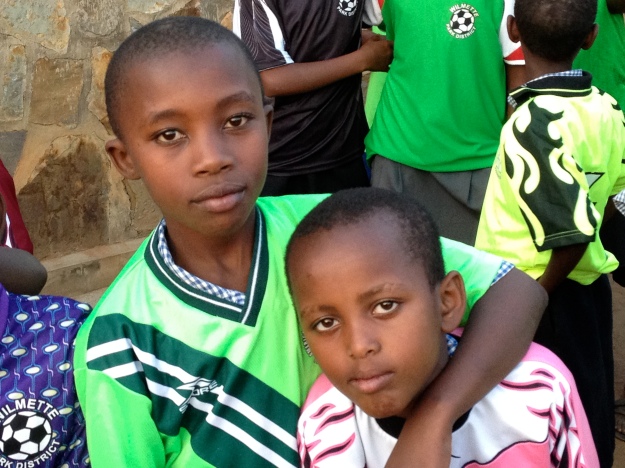 On Friday afternoon, we visited another CHABHA-sponsored neighborhood association, AJESOV (an acronym for “Association des Jeunes Volontaires Pour Les Soutien Aux Orphelins du VIH/SIDA” or “Association of Volunteer Youth Helping Orphans Affected by HIV/AIDS”).  After breaking up into groups and going on more home visits, we return back to the AJESOV office in Nymata for lovely English language and musical presentations by youth program participants. Afterwards we made a presentation of soccer jerseys that were collected and brought over by delegation participants for the AJESOV children (above and below). 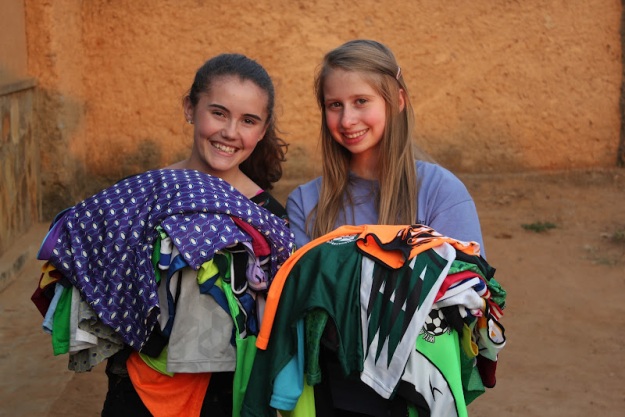 Saturday was dedicated to the AMAHORO association (located in the Kucyiru district of Kigali, more home visits, and later, a truly astonishing visit to a local primary school that serves as the location for AMAHORO’s English/Drama program.  We were treated to yet another presentation by participants, though truthfully, nothing could have prepared us for the nature of this particular performance.

After greeting us, the young people of AMAHORO put on a drama presentation that utilized specific situations as the centerpiece for their original skits.  In one, a teacher dealt with an unruly student by punishing everyone but the actual culprit. In another, a new student (named “Shut Up”) brings his misbehaving dog (named “Trouble”) to class. (As you might guess, Abbott and Costello hijinks ensue). In still another (below) a restaurant patron discovers too late that he doesn’t have the money to pay for his meal, so he tries to get off for free by putting a cockroach on his plate. (He doesn’t succeed). 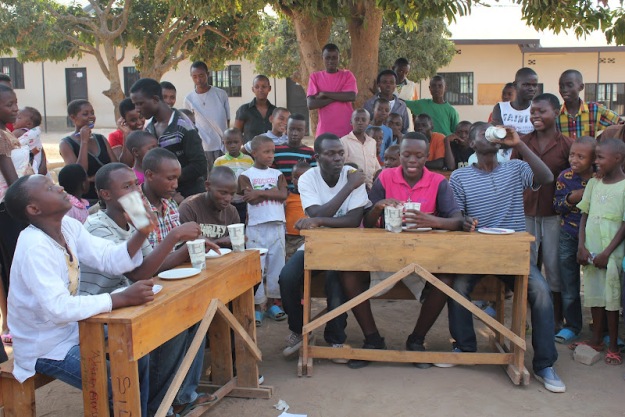 I’m not exaggerating when I say the skits were utterly hilarious – almost worthy of Second City. It was so clearly obvious that the dialogue was written through the improvisatory efforts of the students themselves, which made their performances all the more inspired. Their humor – and spot on comic timing – quite simply left everyone doubled over with laughter.

Considering they have only been learning English since March, their performance was truly something to behold. This remarkable achievement was due in no small measure to their enormously talented teacher, Caroline, who later explained to us that she strongly believes in helping her students learn English by appealing to their own innate creative talents. The children’s love for this program – and their teacher – was palpable. It was yet another example of the inspiring efforts currently being invested in a new generation of Rwandans.

Below, the class poses with Caroline (front row, middle). 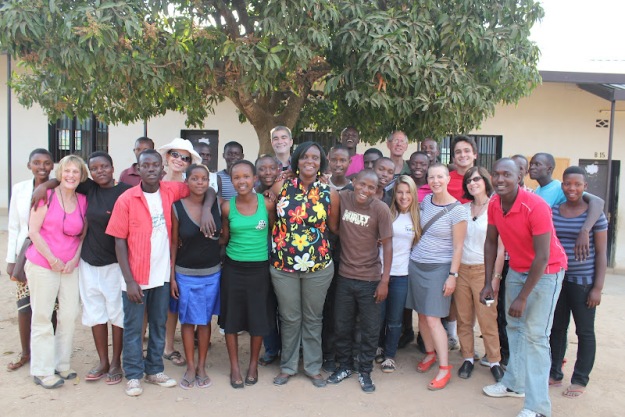 3 thoughts on “Celebrating the Creative Spirit of Rwanda’s Children”