Ta’anit Tzedek – Jewish Fast for Gaza has begun a new initiative: “Resisting the Siege: Conversations With Gazans.” On each monthly fast day (the third Thursday of every month) we will convene a conference call featuring a Gazan Palestinian who will discuss his/her experience of life in Gaza, the effects of the siege, and how we can best support efforts to lift the blockade.

Our next conference call will take place this Thursday, March 18, at 1:00 pm EST and will feature Sami Abdel Shafi (above) an independent political analyst and writer who lives in Gaza. In addition, we will hear from Cindy and Craig Corrie whose daughter Rachel was killed by an Israeli bulldozer in 2003 as she tried to protect a Gazan Palestinian home from demolition.

In an article he wrote for The Guardian last December, Mr. Abdel Shafi wrote eloquently about the nature of the crisis facing Gaza:

Almost nothing has been more deceitful than casting Gaza as a humanitarian case. This is becoming exponentially more problematic a year after the war. Gaza urgently needs far more than merely those items judged by the Israeli military as adequate to satisfy Gaza’s humanitarian needs. This list of allowable items is tiny compared to people’s needs for a minimally respectable civil life.

Gaza is not treated humanely; the immediate concerns about the situation have clearly given way to long-term complacency, while failed politics has now become stagnant. The humanitarian classification conceals the urgent need to address this. Moreover, many in the international community have conveniently resorted to blaming Palestinians for their political divisions, as though they were unrelated to Israel’s policies – most notably Gaza’s closure after Israeli disengagement in 2005.

I also encourage you to read this piece, in which Abdel Shafi discusses the challenges facing the Palestianian Authority during this latest incarnation of the peace process. 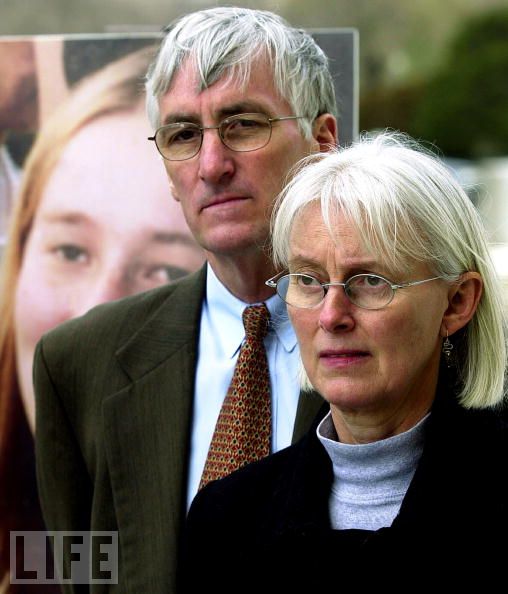 The Corries (left) will be joining our call from Haifa where they are currently participating in the hearing of a civil suit they have brought against the Government of Israel. Following Rachel’s death, the Israeli government promised the Bush administration a thorough, credible and transparent investigation of Rachel’s killing. Now seven years later, no such investigation has taken place.

On a recent interview with Democracy Now’s Amy Goodman, the Corries spoke at length about their seven year quest in search of justice and accountability for their daughter’s death:

This is a culmination, really, of seven years of our family searching for some sort of justice in the killing of Rachel. And we’ve tried to do that through diplomatic means, and we’ve asked for a US-led investigation into Rachel’s killing. We also understand that the Israelis, through Prime Minister Sharon, promised President Bush a thorough, credible and transparent investigation of Rachel’s killing. But, by our own government’s measure, that has not happened. So we’re left with simply a civil lawsuit.

So, we’re accusing the state of Israel of either intentionally killing Rachel or guilty of gross negligence in her killing seven years ago. And so, we’re seeking—the only thing you can seek in a civil case is damages. You know, so it’s really a very small part of the story that’s gone on in our lives. But it’s critical to have our time in court.

Our motivation for that was largely that it is an avenue which we understood we would be able to pursue and get information. So, through the discovery process, we were hoping to get a good deal of information. We have gotten some, but they’ve used sort of secrets of state to keep us, block us, from getting other evidence into court. But we’re going forward, and we’re very hopeful that we will get a fair trial.

Today is, in fact, the seventh anniversary of Rachel Corrie’s death. I strongly encourage you to check The Rachel Corrie Foundation for Peace and Justice website to learn how you can honor her memory. We might also heed the words of Craig Corrie (again, from the Democracy Now interview):

(One) other very specific thing that people could do, and I’m calling for people to do—the US government has come out against the blockade or the continued occupation and siege on Gaza. The children that were behind the wall that Rachel stood in front of are still under a state of siege. And I think that, very specifically, people around the world and certainly in this country could write, call or fax the White House and say, not only should we be working to have the Israelis lift that siege, but if they continue to be unwilling to do so, then the United States should come in there, work out a way that they could come in and—the Berlin airlift, it sent a message to the world about our ability to protect people around the world and our willingness to do so. If we did something similar by sea to the Gaza Strip, it would change the view of Americans around the world for maybe another fifty years. It is something that’s doable, and it’s something that the people out, your fans, could actually physically do and ask the White House to do that.

To participate in the conference call:

Questions for Conference Call: If you would like to suggest a question for Mr. Abdel Shafi or for Cindy or Craig Corrie, please email your question to rabbrianwalt@gmail.com or ravboaz@comcast.net no later than Wednesday night.