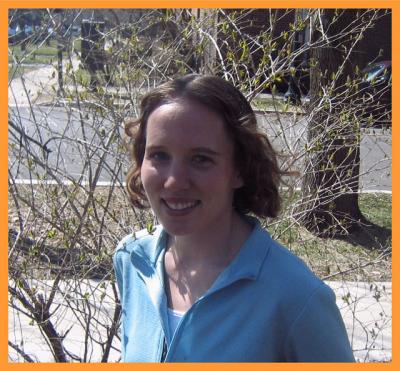 For an in-depth eyewitness view of life in Gaza, you’ll do no better than, Dispatches from Gaza, a new blog just launched by a young journalist named Ashely Bates.  Ashley has been in Israel/Palestine on on a three month internship for Ha’aretz and in late March she entered Gaza to write free-lance. She’s pitching her articles to various publications – in the meantime her extensive reportage is available via her blog.

Ashley is an amazing and accomplished young woman. Before getting her journalism degree from Northwestern University, she spent two years working for the Peace Corps in Jordan (where she became fluent in Arabic.) She currently works as the Program Director for the Chicago area co-existence program Hands of Peace, which is where I originally had the pleasure of meeting her.

Bookmark her blog. It offers the kind of on-the-ground reportage from Gaza that you will never, ever find in the mainstream media.

I met today with a soft-spoken village man named Abu Ala’a who is suffering from a serious but treatable spinal condition which is causing him to slowly loose sensations in his limbs. He walks with a limp and can barely feel his left leg. His condition has reached a critical point, and if does not get emergency surgery within the month, he could suffer permanent paralysis, according to his doctor. The Gazan health ministry has requested permission from the Israeli, Egyptian and Jordanian authorities to have him treated abroad, because doctors in Gaza do not have the skills and equipment necessary for the delicate and dangerous operation.

Abu Ala’a wanted me to print his story in an Israeli newspaper because he hoped Israeli civilians might read my article and press the Israeli government to grant him a medical visa. He’s also considering one final, desperate option. “If there’s no other way, I’ll go through the tunnels,” he said, looking at the ground. “I know it’s dangerous, but not more dangerous than the danger of being disabled for the rest of my life.”