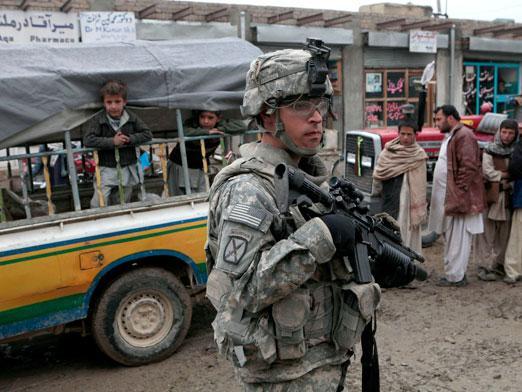 Two must-reads on our war in Afghanistan, which is now officially the longest war in our nation’s history (and longer, btw, than the Soviets’ Afghani adventures in the 1980s):

Is Afghanistan, as some people say, America’s second Vietnam? Actually, a point-by-point comparison of the two wars suggests that it’s worse than that.

For starters, though Vietnam was hugely destructive in human terms, strategically it was just a medium-sized blunder. It was a waste of resources, yes, but the war didn’t make America more vulnerable to enemy attack.

The Afghanistan war does. Just as Al Qaeda planned, it empowers the narrative of terrorist recruiters — that America is at war with Islam. The would-be Times Square bomber said he was working to avenge the killing of Muslims in Afghanistan and Pakistan. And Major Nidal Hasan, who at Fort Hood perpetrated the biggest post-9/11 terrorist attack on American soil, was enraged by the Afghanistan and Iraq wars.

From the report of the Afghanistan Study Group released this past August:

Myth #8
Withdrawal from Afghanistan will be seen as a great victory for Al Qaeda and enhance its popularity and prestige. If we scale back our engagement in Afghanistan, they will simply follow us home.

Reality: It is our military presence that is actively aiding Taliban recruitment and encouraging disparate extremist groups to back one another. The Afghan mujaheddin did not “follow the Soviets home” after they withdrew. The same will be true once the United States reduces its military footprint and eventually disengages. In fact, military disengagement will undermine Al Qaeda’s claims that the United States is trying to “dominate” the Muslim world. A smaller U.S. footprint in the Muslim world will make Americans safer, not encourage terrorist attacks against American targets at home and abroad.

Of course the above report was released before the Obama administration changed its tune on a 2011 pullout – we’re now being told that American troops will be in Afghanistan until at least 2014.

That’s right: the longest war in US history is now guaranteed to continue on for at least four more years. To my mind, this is the very definition of “quagmire.”

On this point, Andrew Bachevich puts it more eloquently than I ever could (my third must-read):

So are we almost there yet?  Not even.  The truth is we’re lost in the desert, careening down an unmarked road, odometer busted, GPS on the fritz, and fuel gauge hovering just above E.  Washington can only hope that the American people, napping in the backseat, won’t notice.

3 thoughts on “Afghanistan: Our New Vietnam (Just Worse and Longer)”