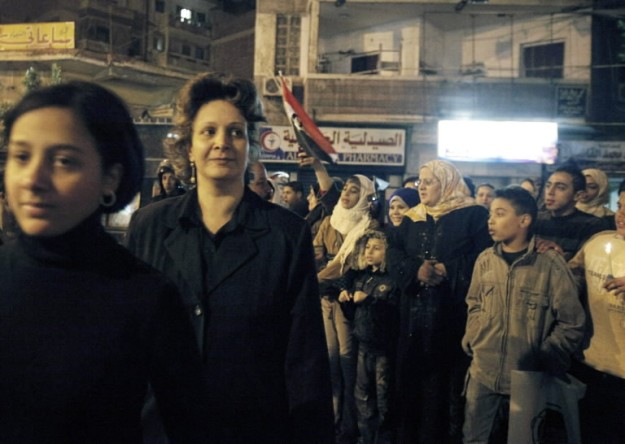 An important and inspiring report out of Egypt. From AhramOnline:

Egypt’s majority Muslim population stuck to its word Thursday night. What had been a promise of solidarity to the weary Coptic community, was honoured, when thousands of Muslims showed up at Coptic Christmas eve mass services in churches around the country and at candle light vigils held outside.

From the well-known to the unknown, Muslims had offered their bodies as “human shields” for last night’s mass, making a pledge to collectively fight the threat of Islamic militants and towards an Egypt free from sectarian strife.

“We either live together, or we die together,” was the sloganeering genius of Mohamed El-Sawy, a Muslim arts tycoon whose cultural centre distributed flyers at churches in Cairo Thursday night, and who has been credited with first floating the “human shield” idea.

Among those shields were movie stars Adel Imam and Yousra, popular preacher Amr Khaled, the two sons of President Hosni Mubarak, and thousands of citizens who have said they consider the attack one on Egypt as a whole.

Sorry to see that this story has been virtually ignored by the mainstream media. It seems to have been broken by the Egyptian press, but other than a report on WaPo’s online edition, I could only see it covered via the blogosphere.

What else is new? When it comes to Islam, it seems, the actions of an extremist minority is considered newsworthy while the courage of the Muslim majority flies right off the radar screen.

Be sure to pass this one on…

5 thoughts on “Not In Your Local Paper: Egyptian Muslims Protect Coptic Community With Their Bodies”