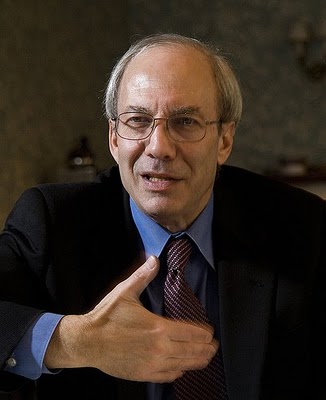 Rabbi Eric Yoffie is the outgoing President of the Union for Reform Judaism, arguably the most important Reform Jewish leader in the country. In a recent blog post for the Jerusalem Post, he made the following point in defense of a two-state solution in Israel/Palestine:

I care about humankind, but I love my own group a bit more. I am more comfortable with them. I care more about them, just as I care more about my family than other families. Without a two-state solution, Israel will not longer be a state for my group; it will be a bi-national state without a clear Jewish identity. That is not the kind of place where I, or most Israeli Jews, will want to live.

So there you are. This is where the rubber hits the road. Is the best case we can make for liberal Zionism: that when push comes to shove, Jews prefer to live with Jews?

I think we all owe a very real debt to Rabbi Yoffie. In trying to make a dramatic pedagogical point, he has just shone a very bright light on the dark underbelly of this entire project.

This is abject tribalism, pure and simple. And if it truly is the essence of liberal Zionism, then count me out.

41 thoughts on “Rabbi Eric Yoffie: “I Prefer to Live With Jews””