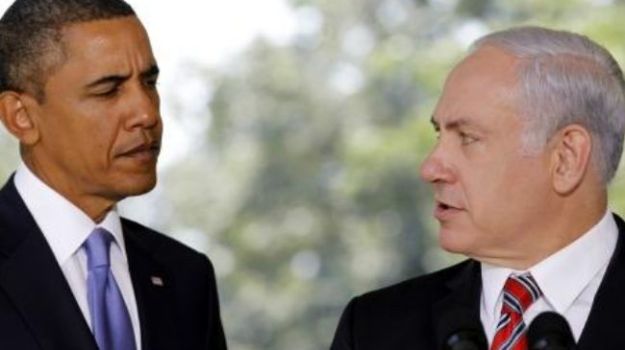 The following letter was just released by Jewish Voice for Peace and will soon be delivered to the White House:

We are writing this letter to you as American rabbis, cantors and rabbinical students, serving a wide range of Jewish communities.   We were dismayed to learn that, immediately following the recognition by the United Nations of observer status for Palestine, the government of Israel issued permits to begin development of two large tracts of settlement housing in highly contested areas in  East Jerusalem (E-1) and the West Bank (Maaleh Adumim.)

As you well know, these expansion permits are damaging not only to prospects for Palestinian self-determination but also for peace in the region.  We urge you in the strongest terms to use your full authority to oppose these expansions, which are illegal under international law and which also make impossible any hope of creating a viable Palestinian state in the West Bank.

We represent a growing voice within American Jewry which seeks an end to Israel’s occupation of the West Bank and its stranglehold by blockade of the people of Gaza.  We believe that the aggressive expansion of settlements in the Occupied territories constitutes a deliberate strategy to obstruct a peaceful resolution to the conflict between Israel and Palestine.  We believe further that the United States, as the primary global source of financial and political support for the  Israeli government, has an obligation to hold the Netanyahu government accountable for these actions, which thwart the possibility of peaceful resolution of the conflict.

It is no longer the case — if it ever was — that the Jewish community in the United States  is unified in its support of the policies of successive Israeli governments, which have sought to create “facts on the ground” that obstruct the hopes of independence and sustainability for the Palestinian people.  Absent active intervention by the United States and other nations, Israel will surely continue to implement these destructive policies.

As leaders of the American Jewish community, we join you in hope for a just peace for all the peoples of the region.  Please know that you have our strong support for demanding that the government of Israel reverse for this latest action and for all that you can do to lead the way to a fair and sustainable resolution.