Cross-posted with The Palestinian Talmud: Blog of the Jewish Voice for Peace Rabbinical Council 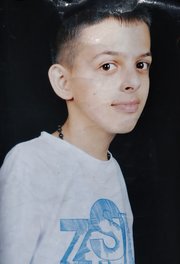 Like so many throughout the world, we grieve the loss of Naftali Frenkel, Eyal Yifrach and Gilad Shaar – the three Israeli teens who were found murdered this week near their homes in Hevron. The loss of children through acts of violence strikes at the very core of our souls – we can only hope the outpouring of grief being exhibited throughout the world for these three young men is providing a measure of comfort to their parents and loved ones.

And just as fervently, we grieve for Muhammad Hussein Abu Khdeir, murdered in an apparent “price tag” act of vengeance for the deaths of the three Israeli youths. We also note with sorrow that at least eight Palestinians were killed by the Israeli military during the weeks following the abduction of the three Israeli boys, including 10-year-old Ali al-Awour, 15-year-old Mohammad Dudeen and 22-year-old Mustafa Hosni Aslan. Ali died of wounds from an Israeli missile strike in northern Gaza; Mohammad was killed by a single live bullet in the village of Dura; Mustafa was killed by live bullets in Qalandiya refugee camp during clashes with an Israeli military raid.

We are also not unmindful that, according to the Israeli human rights organization, B’tselem, over 1,384 Palestinian minors have been killed by the Israeli military since 2000. Indeed, as the Jewish Voice for Peace statement issued yesterday affirms, “we refuse to mourn only the deaths of Palestinians, or only the deaths of Israelis. But that does not mean we can ignore the enormous power difference between Israelis and Palestinians, or pretend it is just a ‘cycle of violence’ with no root cause or context. Each of these horrific incidents that harms both peoples happen in the context of an ongoing occupation, itself inherently a system of daily violence. And it is a system that by its very nature puts the lives, dignity, and human rights of all in jeopardy.”

Just as we must understand the larger context of violence in which these acts occurred, we must also search our own souls to examine the ways in which we, as Jews, respond to our Jewish losses. We believe that too often, we use our grief as a barrier between our community and the outside world. We withdraw into our pain, holding tight to the conviction that the world ultimately believes “Jewish blood is cheap.”

And all too often, we use our grief as a kind of weapon to lash out at those around us. In this regard, we are deeply dismayed by the incitement of Israeli politicians and religious leaders against Palestinians, particularly Prime Minister Netanyahu’s public call for “vengeance.” It is impossible to separate this kind of incendiary rhetoric from the tragic violence perpetrated against Palestinians over the past few days.

We stand with the great sage Rabbi Ben Azzai, who famously taught that the concept of humanity being created in the divine image is the most central value of Torah. If we ultimately view all life as sacred, then empathy – not isolation or vengeance – is the most healing response of all. Let us affirm that our losses are all ultimately connected in deep and profound ways. Let us affirm that the loss of Jewish children is inseparable from the loss of innocent children everywhere who fall victim daily to hatred and violence. Let our grief inspire us to grieve no less for children who fall victim to violence the world over – whether in Afghanistan, in Syria, in Iraq, in the West Bank and Gaza – or in cities throughout our own country.

Let us redouble our resolve to create a world of safety and security for our children and for all who dwell on earth. And let us do what we must to make such a world a reality once and for all.

May the memories of all our fallen children be for a blessing.

7 thoughts on “Empathy, Not Vengeance: A Rabbinical View on the Recent Violence in Israel/Palestine”