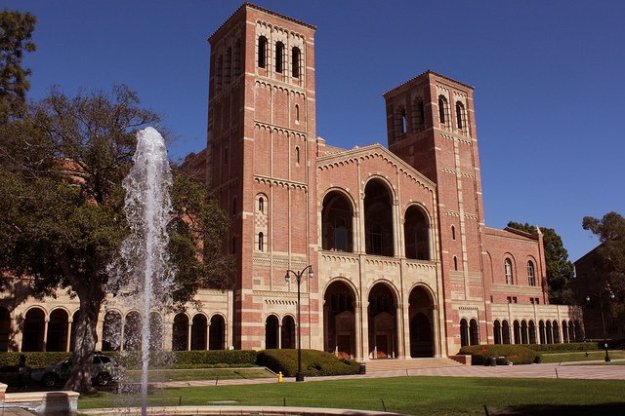 Please read this important statement just released by Jewish Voice for Peace. I strongly second its conclusion that “addressing anti-Semitism must go hand in hand with addressing all forms of racism.”

Jewish Voice for Peace welcomes the commitment of the UCLA Undergraduate Student Association Council (USAC) to addressing issues of anti-Semitism on campus. We recognize that a recent series of troubling incidents, including anti-Semitic graffiti and inappropriate questioning of a Jewish student, have raised concerns about rising anti-Semitism on campus, which we condemn in the strongest terms. However, we are also deeply concerned that the resolution passed by the USAC on March 10, 2015 further enshrines long-standing political efforts to silence legitimate criticism of the state of Israel by codifying its inclusion in the definition of anti-Semitism.

The resolution draws on the “State Department Definition of Anti-Semitism,” (sometimes referred to as the “3 D’s”). However, this definition has no legal standing in the US and was actually removed as a working definition by the European body where it originated. The ‘3Ds’ included in this definition (“demonization, delegitimization and applying a double-standard” to the state of Israel) are so vague that they could be, and have been, construed to silence any criticism of Israeli policies. This ‘working definition’ is in fact the product of long-term lobbying efforts by Israel advocacy groups who seek to codify criticism of the State of Israel as anti-Semitic. This is a deeply dangerous assertion that conflates Israel with Jewish people around the world.

“Classifying criticism of the state of Israel as ‘anti-Semitic’ curtails freedom of speech and dilutes the power of the term, which should be reserved for hatred, violence, intimidation or discrimination targeting Jews because of their ethnic and religious identity,” stated Rabbi Alissa Wise, Director of Organizing, Jewish Voice for Peace. “This resolution therefore dangerously silences legitimate criticism of Israel’s human rights abuses and violations of international law that urgently need to be addressed and remedied.” The United States Department of Education’s (DOE) Office for Civil Rights has emphatically affirmed that criticism of the state of Israel is protected speech on campus.

“The enforcement of this definition of anti-Semitism is part of long-term efforts on the part of Israel advocates to silence and intimidate supporters of Palestinian human rights,” stated Jacob Manheim, JVP-UCLA organizer. “The resolution, which states that only the self-appointed “organized Jewish community’ can define anti-Semitism, marginalizes the growing number of Jews like me who support nonviolent efforts to hold Israel accountable for human rights violations. We are frequently excluded from Jewish institutions, including UCLA Hillel, who barred our chapter from inclusion as a Hillel organization last spring.”

Efforts by Israel lobby groups to expand the definition of anti-Semitism to include criticism of Israeli policies have had the adverse impact of weakening the meaning of the term when actual cases of anti-Jewish hate are reported. For example, the much-cited recent Brandeis Center survey on the rise of anti-Semitism on campuses was methodologically flawed in that it left the definition of anti-Semitism to the respondents. Simultaneously, while there has been a media attention given to reports of a rise in anti-Semitism, there has been nearly no attention given to rising Islamophobia on campuses.  For example, in recent weeks there was an Islamophobic smear campaign against Palestinian rights activists at UCLA and prominent US campuses promoted by the right-wing David Horowitz Freedom Center.