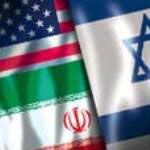 What if our leaders and pundits had reacted to the Iranian nuclear program in a completely different way than they actually have? What if they had not viewed an Iranian bomb as an “existential threat” and instead treated it as something that, even if it became a reality, would be a major global political problem, but not a military threat – because Iran (like every other nuclear state) would never be able to use a nuclear bomb as an operational military weapon?

What if Israel had treated Iran’s nuclear project as an exhibitionist, even childish, attempt by a nation mired in a deep identity crisis to exploit the prestige and mystique of nuclear power to create a national ethos of technological progress at home, as well as a diplomatic miracle cure that would enable it to challenge the West and move to the center of the international stage?

And his answers are spot on. Click here to read.

4 thoughts on “An Israeli Voice of Sanity on Iran”