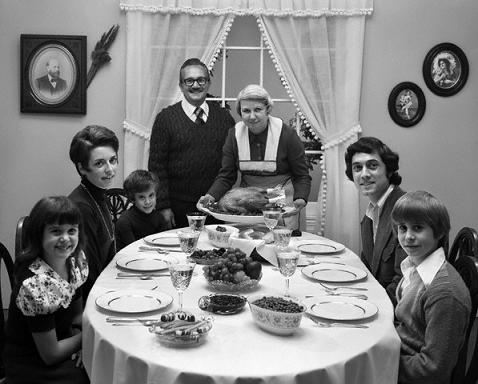 Some reading material for you this Thanksgiving. Feel free to read excerpts around the table tonight:

A powerful meditation on lost opportunity by journalist Robert Scheer, writing in Truthdig:

How many folks from my generation are honestly sanguine about the economic future of their children and grandchildren? What I have heard constantly, and just this week from a former top investment banker addressing a college class I teach, is that our offspring probably will face a decade of lost opportunity. I thought back to my college days and how shocked any of us, even those from the most impoverished of circumstances, would have been to hear such a prediction.

As The New York Times editorialized this Thanksgiving, “One in three Americans—100 million people—is either poor or perilously close to it.”

A bummer of a message, I know, until I think of those pepper-sprayed college students linking arms, and of all the Americans, young, old and between, who have occupied their minds with a challenge—that it doesn’t have to be this way. For their brave spirit of resistance we should be most grateful this Thanksgiving.

As we sit down to our Thanksgiving dinners, we should reflect on the true roots of our national greatness: Our enshrinement of individual freedoms and liberties exercised within communal settings that are consistent with principles of human dignity and decency. True public servants support such ideals, to include our troops, our police – and our protesters, who dare to confront us with reminders of democratic ideals that we as a country are failing to meet.

Yes, protesters are public servants too, deserving of a fair hearing and a measure of respect. Yet the more we deploy armed forces to suppress such protesters, the more our democracy withers from within, even as we claim to be spreading it from without.

And finally, Aisha Ali’s excellent and important survey of the real history of Thanksgiving:

Americans should know the history behind Thanksgiving. The images of Pilgrims continually celebrating Thanksgiving, and Native Americans being invited out of goodwill is false. As tension mounted, and wars erupted between Native Americans and Pilgrims, there were no future Thanksgivings.  Native American history involves successive colonization, intrusion of colonists’ beliefs, sacrilege of lands and sacred burial sites, and the unjust force of Native Americans further west. However, this was not always the story of Native Americans.  Native Americans used to live in a harmonious society.  “Earth Mother” or “Mother Earth” was respected and she in return, blessed Native Americans with bountiful crops, peace, and health. Since then, America has become a place of corruption, racism, segregation, and capitalism– all due to the foundation on which America was built.  As Abigail Adams once questioned how could any good come from a White House that was built by half-hungry slaves, how can America be a place of good will, liberty, and welfare without acknowledging the bloodshed and tragedy of its native peoples?

What many of us eat today, including our Thanksgiving menu, comes from the harvest crop initially cultivated by Natives, which accounts for nearly 70 percent of all crops, including corn, potatoes, and tomatoes.  It is important that we teach our children the truth on which America was founded.  The images, the story, the history of Native Americans must be changed.  What we have all learned is based on both truth and myth.  It is our duty as parents to educate our children and teach them the real story of not only Thanksgiving, but also America, wholly.  How can races/ethnicities ever heal unless we are able to address the problems and move on together to face them?

7 thoughts on “Some Thanksgiving Thoughts for America”