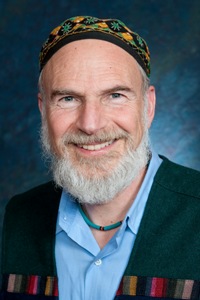 My good friend and colleague Rabbi Mordechai Liebling has just written one of the most eloquent and thoughtful statements in support of church divestment I have yet read. Mordechai’s voice on this subject is particularly noteworthy becuase he has long been an important Jewish community leader on the issue of ethical investing.

Mordechai has previously served as the director of the “Torah of Money” initiative at The Shefa Fund and later became the Executive Vice President of Jewish Funds for Justice. He currently serves as the director of the newly created Social Justice Organizing Program at the Reconstructionist Rabbinical College.  His statement is all the more powerful because in 2004 he wrote a public article questioning the effectiveness of divestment as a strategy – and as late as two years ago, he still viewed divestment as counterproductive.

As he wrote in his statement, he has reconsidered his position for compelling reasons:

What happened that made me change my views? I changed a little, and the reality on the ground changed even more.

At the time I wrote the article I was organizing the Jewish Shareholder Action Network in my capacity as the Torah of Money Director at the ShefaFund. I was very involved in the world of faith-based socially responsible investments and learned a lot about shareholder activism.

When Protestant churches started considering selective divestment from corporations profiting from the occupation back in the mid-2000′s, I knew many of the socially responsible investment staff people in those denominations. I did not think divestment was a good strategy and said so to my colleagues. But things have changed since.

I was concerned about the potential that divestment measures would have in undermining the Israeli political center. I was concerned about Israelis feeling more isolated than ever and adopting a circle-the-wagons mentality that would make peace harder to attain. These concerns are valid and real. But in the last number of years, the Israel political center has moved to the right–even without divestment. The Israeli government has become more intransigent in its position; the settlers more aggressive. The Netanyahu government has already circled the wagons.

Given this reality, we need to take a look at new approaches. We cannot rule out options that are rooted in non-violence, promote non-violence and call for an end to unjust practices. Divestment is one such option. Palestinian nonviolent direct action is another.

If the reality on the ground in Israel and in the West Bank has changed, so have the attitudes of Israeli Jews and Jews abroad towards the use of tools such as divestments and boycotts. Previously very few Jewish groups would have supported such initiatives. Now we see a lively discussion inside our Jewish communities about the appropriateness of using these tactics to end the occupation and oppose settlement expansion. Countless Israeli artists refuse to perform in the Cultural Center of the settlement of Ariel in the West Bank. Boycotting settlement goods is now discussed in Israel, in the pages of the New York Times, and inside our very own Jewish communities. Symptomatic of its move to the right, the Israeli government has outlawed this practice, and the brave Israelis that speak about it, risk heavy court-mandated fines for expressing their views. But inevitably, the more intransigent the Israeli government, the more popular this and other nonviolent measures will become.

Now to be sure, boycott and selective divestment are not the same thing. The former is carried out by consumers; the latter by investors. Divestment from a corporation does not come in a vacuum. It is the logical step that follows after shareholders try to negotiate with a company to address their concerns and after shareholder activism fails. Back when I opposed divestment, I was concerned that divestment was being invoked when the first two steps had not been tried yet, or at least pursued to its completion. This is not the case today. To their credit, the churches have gathered a full record of failed corporate engagement and have experienced years of frustrated shareholder resolutions that do not achieve the desired change in corporate behavior. Now that step one and step two have failed, it is time to move to the inevitable step three, and that is divestment. Not doing so puts at risk the integrity of the whole socially responsible investment model.

I want to make clear that I would not support divestment or boycotts from Israel as a whole. I do not support turning Israel into a pariah state. And it is precisely because of this that I support the churches’ measure approach to selective divestment. The resolutions under consideration–divesting from Caterpillar, Motorola Solutions, and Hewlett-Packard–do not single out Israel, and they certainly do not single out Jews either. They single out specific corporate complicity with the occupation. Churches hold tobacco companies in their no-buy list, not because they believe that smokers are bad people. They do not single out smokers for criticism. They do so because smoking is wrong. In the same way, bulldozing civilian homes and making people homeless is wrong too. It does not matter whether this happens in Israel or elsewhere. The problem is not with the place or with the people, but with the action. This bulldozing is taking place in Jerusalem, where Palestinian homes are being bulldozed to make room for more Jewish settlements. Not condemning wrongdoing simply because it happens in Israel is singling out Israel. Israel does not need affirmative action; it needs to be treated exactly the same as every other state, not better, and not worse. This means acknowledging when it does things right, but also taking corrective action when it does not.

I’m thrilled that Mordechai has now signed on to our Rabbi’s Letter campaign in advance of the United Methodist Conference in Tampa this week, where the divestment resolution will be presented once again.

There will be much more to report on this important story – please stay tuned.