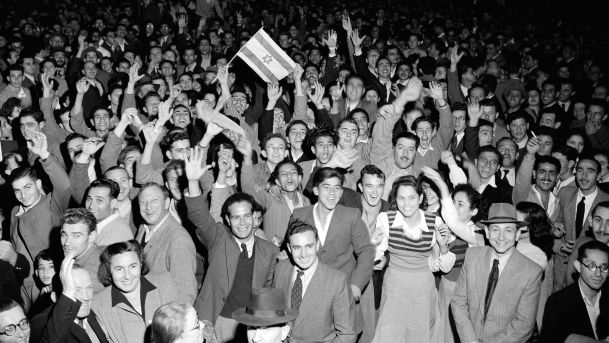 Is Zionism “settler colonialism?” It’s an important question that is increasingly invoked in public debates over Israel/Palestine – and BDS in particular.

While I personally do believe Israel to be a settler colonial state, I think it’s critical to understand what we mean when we use this term, what it means in the context of Israel/Palestine, and its implications for the wider struggle against systems of oppression in the US and throughout the world.

Let’s start with the definition itself. Many people use the term “settler colonialism” and “colonialism” interchangeably, but they are not in fact the same thing. Colonialism is defined by the Collins Dictionary as “the policy and practice of a power in extending control over weaker peoples or areas.” Historically speaking, it generally refers to specific European imperial powers during a period that lasted from the 16th to mid-20th centuries.

“Settler colonialism,” is a different concept, as Professor of Anthropology Tate A. LeFevre explains:

Given this definition, the claim that Zionism is a form of settler colonialism it is not at all inappropriate and certainly not anti-Semitic (as some of the more vociferous Israel advocates will often claim).

There is, for instance, a striking similarity between the British colonial concept of “terra nullius” and the early Zionist slogan, “a land without a people for a people without a land.” This is not say that Zionists viewed the land as literally empty – they most certainly recognized the existence of an Arab population in Palestine. It does mean, however, that they did not always factor its indigenous inhabitants into their equations – and when they did, it was invariably as a problem to be dealt with.

The father of modern Zionism made this clear in his diary when he wrote of Palestinian Arabs:

We shall try to spirit the penniless population across the border by procuring employment for it in the transit countries whilst denying it any employment in our own country.

David Ben-Gurion expressed similar intentions in a 1937 letter to his son Amos (who was critical of his father’s intention to support the 1937 Peel Commission partition plan):

My assumption (which is why I am a fervent proponent of a state, even though it is now linked to partition) is that a Jewish state on only part of the land is not the end but the beginning…

The establishment of a state, even if only on a portion of the land, is the maximal reinforcement of our strength at the present time and a powerful boost to our historical endeavors to liberate the entire country.

We shall admit into the state all the Jews we can. We firmly believe that we can admit more than two million Jews. We shall build a multi-faceted Jewish economy– agricultural, industrial, and maritime. We shall organize an advanced defense force—a superior army which I have no doubt will be one of the best  armies in the world. At that point I am confident that we would not fail in settling in the remaining parts of the country, through agreement and understanding with our Arab neighbors, or through some other means.

Thanks to Israeli historians such as Benny Morris, Avi Shlaim, Tom Segev and Ilan Pappe, we now know that the creation of Israel was accomplished through “some other means.”  More recently, journalist Avi Shavit recently made reference to this ignoble history in his book, “My Promised Land.” The most chilling chapter (which was reprinted in the New Yorker magazine) describes in detail the depopulation of the Palestinian village of Lydda.

Even more chilling are Shavit’s musings on the meaning of this tragic event:

Looking straight ahead at Lydda, I wonder if peace is possible. Our side is clear: we had to come into the Lydda Valley and we had to take the Lydda Valley. There is no other home for us, and there was no other way. But the Arabs’ side, the Palestinian side, is equally clear: they cannot forget Lydda and they cannot forgive us for Lydda. You can argue that it is not the occupation of 1967 that is at the core of the Israeli-Palestinian conflict but the tragedy of 1948. It’s not only the settlements that are an obstacle to peace but the Palestinians’ yearning to return, one way or another, to Lydda and to dozens of other towns and villages that vanished during one cataclysmic year. But the Jewish State cannot let them return.

Many who reject the “Zionism as Settler Colonialism” label often argue that this claim ignores the historic and Biblical connection of the Jewish people to the land – and that Jews are its “true indigenous people” who have been longing for a return and restoration to their ancient homeland for centuries.

Leaving aside the use of a profoundly ahistorical document such as the Bible as justification for the establishment for a modern Jewish nation state, let’s look more closely at the Zionist claim of Jewish indigeneity to the land.

It is certainly true following the destruction of the Temple in 73 CE and the spread of the Jewish people throughout the diaspora, Jewish tradition continued to maintain an important attachment to the land of Israel. Eretz Yisrael (“the Land of Israel”) is a central subject in many sacred Jewish texts and numerous traditional Jewish prayers express a longing for a return of the Jewish people to the land. It is also true that there have been small Jewish communities in historic Palestine throughout the ages and that pilgrimage to Eretz Yisrael was considered to be a mitzvah  (“or sacred commandment”.)

However, it is important to note that the Jewish attachment to this land has traditionally been expressed as an inherently religious connection. From its very beginnings, Judaism has spiritualized the concept of the land. Moreover, throughout the centuries, rabbinical authorities strictly prohibited an en masse return to the land in order to establish a Third Jewish Commonwealth. Such an act was viewed as an anathema – a profane forcing of God’s hand. The restoration of the Jewish People to the land would only occur with the coming of the Messiah and the onset of the Messianic Era.

It is against this context that we must understand Zionism as a modern political movement, arising in the 19th century as an explicit rejection of Jewish tradition. While Judaism was a diaspora-based religion that taught God could be found anywhere in the world, Zionism preached “shlilat hagalut” (“negation of the diaspora”), advocating for a literal return to the land in order to establish a modern Jewish nation state. Influenced by the European nationalisms of its day, Zionism sought to create a new kind of Judaism and indeed, a new kind of Jew.

This radical revisioning of Jewish life and culture in many ways represents the exact opposite of indigeneity. Indigenous peoples by definition maintain unique cultural and linguistic practices distinctive to their presence in a particular land. Zionism created a completely new Hebraic Jewish culture – one that was deeply influenced by a European Ashkenazic ethos and transplanted into the Middle East. To be clear: this is not to say that Jews have no connection to this land and no right to live there, only that the claim of Jewish indigeneity is ideological, rather than factual – and that this claim has had a devastating impact on the actual indigenous people of this land.

Other critics of the settler colonialist label point out that there is no such thing as a discrete “Zionism;” that this movement was historically made up of many different Zionisms, not all of which shared the same political goals. There were, for instance, cultural Zionists such as Ahad Ha’am who did not share Herzl’s desire of a Jewish political state but rather advocated for a gradual colonization of Palestine that would make it the center of a Jewish cultural renaissance. There also Zionists such as Judah Magnes and Hannah Arendt, who believed in the creation of a bi-national Jewish/Arab state in Palestine.

These variants of Zionism represent an important fact of history. But it is also true that they are precisely that: part of the historical past. If Magnes or Arendt were living today, they would surely be considered “anti-Zionist”. In the end, the form of Zionism that ultimately triumphed was the political Zionism advocated by those who sought to create a sovereign Jewish state in historic Palestine. And it was this Zionism that aimed to solve the problem of Palestine’s indigenous population “through some other means” – that is, by means of settler colonialism.

In one of the most comprehensive treatments I’ve yet read on this subject, Bennett Muraskin writes:

Zionism is described by its supporters as the national liberation movement of the Jewish people, but it must be recognized that until the 1947 UN Partition Plan, the land it sought to liberate had a minority of Jews, consisting mainly of recent Europeans immigrants living under the protection of an imperial power. When the British turned against the Jewish colony, the Zionists succeeded in liberating themselves, but in the war it fought with the Palestinian Arabs and Arab armies, the Zionists dispossessed the native population.

In this sense, Israel is a colonial settler state.

Muraskin, however, then goes on to list the ways that make Israel different from other settler colonial states.  His intention, I assume, is to leave open the possibility that it somehow isn’t. This equivocal attitude is obvious from the outset – Muraskin’s article is actually entitled “Is Israel a Colonial Settler State? Perhaps but with Lots of Provisos.”

In the end, however, I believe these “provisos” only demonstrate that Zionism represents but one form of settler colonialism. One obvious difference is that Israel was created by what began as a small movement, not an existing colonial power such as Great Britain, France or Belgium. However it is also true that Israel could never have been created without the help of great world powers (Britain and later the US) who supported the creation of the Jewish state because it advanced their own imperial agendas. James Baldwin put it very aptly in 1979: “The state of Israel was not created for the salvation of the Jews; it was created for the salvation of the Western interests.”

In the end, this insight explains why the debate over this term is more than just academic or semantical. Israel’s oppressive policies against the Palestinians do not exist in a vacuum. They are but part of a larger hegemonic system of white supremacy and institutionalized racism that exists in the US and throughout the world.

As Professor LeFevre writes, “Settler colonialism does not really ever ‘end.’”  Perhaps the first step in that direction is to call it out for what it really and truly is.