Memorials take many forms – some are grand and iconic like the Vietnam Veterans Memorial in DC while others exude power through their very simplicity.

Here’s an example of the latter category:

During my trip Gaza last month, I noticed a series of colorful concrete benches placed along the beachfront as we traveled north along the coast from Rafah to Gaza City. As we drove by, I noticed that some benches were empty; on another, a sole person sat gazing out to sea and another was filled with what seemed like an entire family. My AFSC colleague Ali Albari noted the Arabic words on the backs of each bench, pointing out that each one bore the name of a Palestinian city or town that was forcibly depopulated by Zionist militias in 1948/49.

The majority of the almost 2,000,000 residents of Gaza are in fact, refugees – Palestinians who had originally lived in the central and northern regions of the country. After their dispossession they were herded into refugee camps in Gaza, fully expecting to return to their homes after the armistice. Now, almost seventy years later, they are still waiting.

It’s not difficult to grasp their sacred significance of these simple seaside benches to the refugees of Gaza. Clearly, they have not forgotten.

Unlike most memorials, which commemorate that which was lost and never to be found, I’d wager that those who come to these beaches don’t believe their homes to be lost to them at all. On the contrary, I these benches testify to their faith that they will one day return.

(Thanks to Ali Albari for translating.) 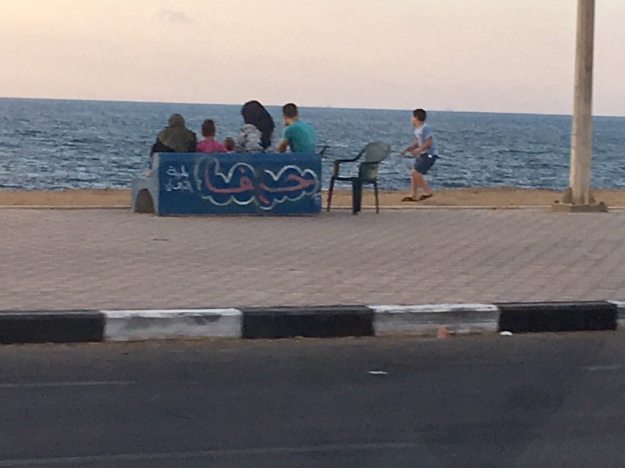 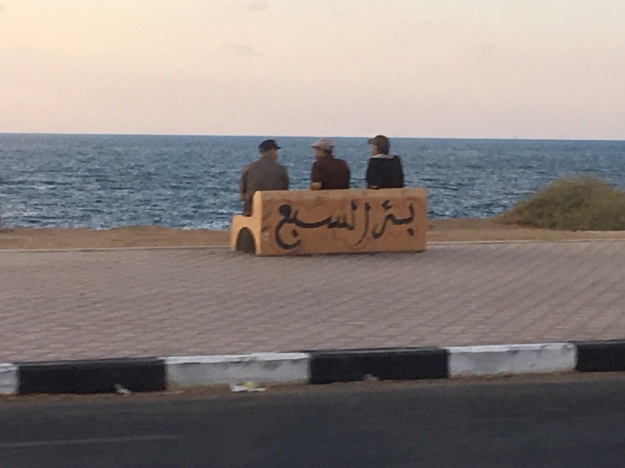