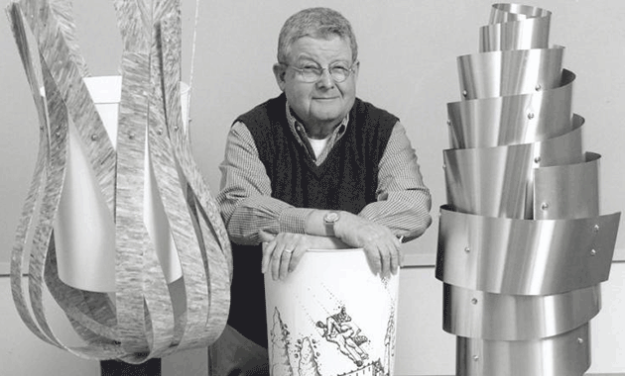 As I note below, it was a truly an honor for me to officiate at his funeral.

Given that Stanley made no secret of his antipathy for organized religion, some of you might be wondering why a rabbi is leading his service. Stanley actually reached out to me several months ago through my wife – whom he knew professionally – and personally asked me to officiate at this funeral. Somehow, Stanley found out that Hallie’s  husband was a rabbi and when he asked her about me, she related to him that I had my own issues with organized religion myself.  I was humbled and honored that he reached out to me the way that he did – and that he trusted me enough to ask me to help lead this tribute to his life and work.

My wife and I spent a wonderful evening recently with Stanley and Margaret. It was clear that he wanted to share certain parts of his story with me and most importantly, to make sure I knew about the formative influences his life. In particular, he spoke to me at length about his childhood and his experiences growing up in grandfather’s Edgewater rooming house during the Great Depression. His grandfather Max was an immigrant tailor from Hungary who, after arriving in America, devoted his life to traditional Jewish Talmud study.  Stanley’s parents, Sam and Emma, like so many of their generation, were hit hard by the Depression and struggled economically – and eventually had to move in with Stanley’s grandfather, where he spent his formative years.

Stanley’s stories about growing up as an only child in the rooming house, as you might expect, were colorful and filled of characters that could easily fit into a Damon Runyon novel. The central character in his childhood was clearly Max, who Stanley described as “the most significant individual in my young life.” His grandfather was clearly his most important early teacher, teaching him English and Hebrew and enrolling him in the Hebrew school at Agudas Achim, an orthodox synagogue in Uptown.

Of these years, Stanley wrote in his memoir:

My grandpa and I were together constantly. He was a role model of some consequence, and if he had lived somewhat longer than he did there is the distinct likelihood that my life would have taken an entirely different turn. Conceivably, I can imagine studying to become a rabbi. But, given my notoriously short attention span combined with excruciating memories of difficult Hebrew lessons at Agudas Achim, where knuckles bloodied by baton-wielding rabbis were a daily occurrence, I have serious doubts about my ability for such a noble calling with its attendant discipline.

Stanley told me that he only realized later what a profound influence his grandfather had on his life during those early years. As he grew older, he came to believe that his schooling in the interpretive traditions of the Jewish religion and his devotion to the field of architecture were inextricably linked. In particular, he felt a deep kinship to Judaism’s culture of inquiry and debate – of contrarianism. Of course Stanley was nothing, if not a contrarian – and he told me he was sure this aspect of his makeup was due in no small way to his childhood education in yeshiva.

When Stanley was eight years old his grandfather died and his yeshiva days came to an end. His mother enrolled him in very different Jewish school: the Reform Temple Shalom on Lake Shore Drive. Stanley told me that as a child from a poor home, he never fully fit in at the high-end Temple Shalom. This experience only exacerbated his sense of being an outsider. It also left him with a lifelong antipathy to organized religion, although his own personal sense of connection to Jewish spiritual tradition remained an important influence on him and his work for the remainder of his life.

There are those who are far more equipped than I to discuss Stanley Tigerman’s architectural achievements and the monumental legacy he has left behind: his years as a leader in the post-modernist movement, his role in the so-called “Chicago Seven.” There is also so much more to say about Stanley’s formative days in the Navy, his love of progressive jazz music, his deep commitment to social justice, his famously irascible sense of humor, his professional partnerships so many important colleagues – and his personal/professional relationship with his beloved wife Margaret. And there is even more than that – much more than we could ever cover in one short service. And I am confident that these tributes and stories will be shared at length as his legacy is discussed and shared by those who were touched by his life and his genius.

For now, I’d like to offer just a few brief thoughts based on Stanley’s words to me during that memorable evening we spent together. It was clear to me from the beginning that he didn’t need to tell me details of his biography or to recount his specific accomplishments. Rather, he wanted me to understand the essence of his philosophy of life that clearly animated everything he did – indeed, everything he stood for.

Stanley gifted me two books that he had written, and he urged me to read them in order to understand him more thoroughly. One was his memoir, appropriately titled “Designing Bridges to Burn,” and the other was an astonishing scholarly work entitled “The Architecture of Exile,” that he dedicated to the memory of his grandfather. His ideas, I believe are quintessentially Jewish, quintessentially American, and quintessentially Stanley Tigerman.

In “The Architecture of Exile,” he wrote,

We are in a state of exile. Post-modern Americans, like their Renaissance predecessors, yearn for another, simpler, time. America is a land of foundlings and orphans, who are detached from their proper parenthood and wander in search of legitimacy in a world of other histories of longer periods of time. Americans, collectively displaced from the many lands of their separate origins, are torn between the desire to gain their roots and the knowledge that this information, once attained, will do them little good.

When you hear these words, you understand the essence of Stanley’s identification as an outsider. You can also plainly see his understanding of conflict as an essential fact of our existence. Throughout his life it seems to me, Stanley embraced these essential contradictions in a brave and beautiful way. Of course we must know and understand our past. But we cannot and must be imprisoned by it, which for Stanley would mean to descend into shallow nostalgia. As Stanley wrote, “While it is common practice to predict where we are going by where we have come from, there is no assurance that memory will help us to ascertain where we are going.” The only true way forward, Stanley seems to be telling us, is to simultaneously honor and challenge convention. To be acknowledge the status quo even as we show no hesitation in upending it.

I believe this ideal explains so much about Stanley Tigerman. It certainly explains his fierce devotion to social justice and solidarity with the outsiders, the downtrodden and the oppressed of our world. It also explains why he did not suffer fools – or those whom he considered to be fools – and why he was ready to take the hits for ideas and principles he deeply believed in. When I think of one of his most iconic artistic works, the collage of Mies Van Der Rohe’s Crown Hall sinking into the sea like the Titanic, I can’t help but think of the Biblical midrash of Abraham destroying his father’s idols. There are few in the world such as Stanley, who at once could honor those who blazed trails before him, even as he sent their work sinking into the watery depths.

So let us honor Stanley’s legacy. Let us honor his legacy by embodying his courage, his principled iconoclasm, his understanding that conflict is an essential building block of creativity and justice in our world. If we are indeed brave enough to embody these ideals, then the sacred narrative of his remarkable life will live on, perhaps even longer than the buildings he built while he was alive. And I have no doubt that Stanley would have wanted it this way.

Zichrono Livracha – may his memory be for a blessing.