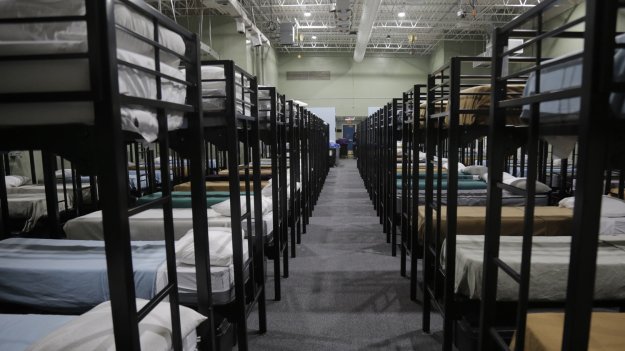 Last December, I was arrested on the border in San Diego while standing with faith leaders to protest, among other things, Trump’s unlawful incarceration of immigrants. My experiences on the border and at immigrant detention centers in my home state of Illinois have left me with no doubt whatsoever that our nation is warehousing humanity in concentration camps—and that Rep. Alexandria Ocasio-Cortez is correct when she refers to them by this term.

As a rabbi, I am compelled to act on behalf of immigrants because my religious faith and historical legacy demands that I do so. And I’m not alone: most American Jews embrace progressive values of social justice—and understand that we ourselves have a history of oppression at the hands of state violence.

Yesterday, AOC stirred something of a hornet’s nest when she retweeted an article in Esquire by an expert on immigrant detention who characterized Trump’s immigrant detention centers as “concentration camps.” Almost immediately, some Republican politicians, the Anti-Defamation League and the Jewish Community Relations Council of New York pounced, claiming AOC’s “regrettable use of Holocaust terminology to describe these contemporary concerns diminishes the evil intent of the Nazis to eradicate the Jewish people.”

It is deeply problematic, highly partisan—and historically incorrect—to declare that the use of “concentration camps” is to be constrained to the limits of “Holocaust terminology” (itself hardly an academic term.) As scholar Jonathan Katz recently pointed out in the LA Times, the term “was invented by a Spanish official …during Cuba’s 1895 independence war.” FDR, notably, also used the term in reference to his Executive Order to incarcerate Japanese Americans during World War II. And enough people have pointed out in recent days the usage of the term by the British suppressing the Boer rebellion in South Africa for it to be elaborated on here.

We Jews do not own this term. But in fact, I would argue it is imperative that we Jews use this term whenever these dreadful facilities are imposed on groups of people other than ourselves. History has shown us that the concentration of humanity into forced detention invariably leads entire societies to exceedingly dark places. This practice did not begin with Nazi policies against European Jewry—nor did it end there.

The same is true of AOC’s impassioned and all-too familiar call, “Never again.” As a rabbi, a Jew and a person of conscience, allow me to put it as plainly as I can: AOC’s use of this phrase was altogether appropriate. I do not and cannot view this call as “Holocaust terminology.” On the contrary: “Never Again” means never again for anyone, or else it doesn’t mean anything at all.

The fact that we are even debating these terms shows just how twisted the conversation has become. Rather than parsing the words of a human rights champion like AOC for petty political gain, these politicians and Jewish leaders should be directing their criticism where it truly belongs: at a morally depraved national policy that parses out access to human rights according to origin and ethnicity, tears apart families, and cages children in, yes, concentration camps.